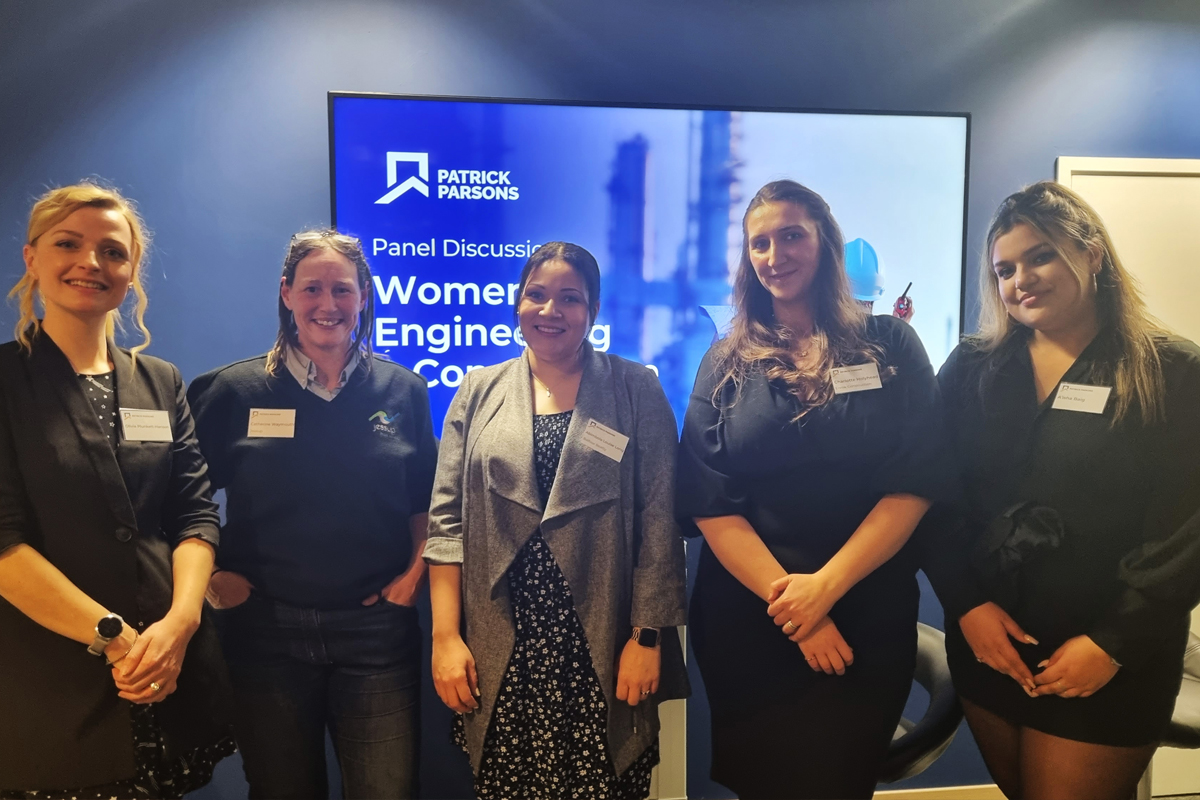 Our event celebrated the stories of women within the industry, as well as highlighting the ongoing difficulties women face working in a male dominated sector. The panellists discussed the challenges they have faced and their hopes for the future of women in engineering & construction.

Organised by our Graduate Engineer, A’isha Baig, this is the first event of this kind held by Patrick Parsons.

A’isha said, “I had the idea to hold this event because I felt that the previous International Women’s Dayevents I had experienced were by women for women. Whilst I don’t think this is necessarily a bad thing, gaining the ear of men, who as a group occupy around 75% of the industry, is massively important towards achieving equality. I felt that our event was hugely successful and went better than I could have imagined. The panellists did a fantastic job of answering the direct questions that they were asked and did not shy away from sharing their experiences and giving frank and- at points- harrowing responses. To me it served its purpose in terms of opening up discussion and leaving people with lots to think about. I hope that we can do more events like this in the future!”

Our special guest panellists were made up of:

Olivia Plunkett-Hanson, panellist and Associate at Patrick Parsons, said: “International Women’s Day matters because we still have such a long way to go to achieve gender parity, particularly in the engineering and construction industry. I was surprised to hear that some colleagues and friends thought we didn’t really have an issue anymore and they were equally shocked when I explained some of my experiences. Events like the one we held at Patrick Parsons are important as they highlight that we still have an issue and that we all have a part to play.”

International Women’s Day is a global day celebrating the social, economic, cultural and political achievements of women. The day also marks a call to action for accelerating gender parity. Significant activity is witnessed worldwide as groups come together to celebrate women’s achievements or rally for women’s equality.

Abimbola Louise Long, panellist and Bid Manager at Balfour Beatty, said “ It’s easy to think that in this day and age that everyone is treated fairly equally, however this is not my experience. Be it comments about women taking men’s jobs, or unwanted sexual advances. Many women still face a hostile working environment in our industry.  By celebrating the talents and diversity of thought that women bring to our industry and providing a space for women to share their experiences, we might be able to influence the culture to make it more welcoming for women. Our industry is also facing a massive skill shortage if we don’t broaden our talent pools to include under-represented groups we are only putting more pressure on the people we do recruit. Only by making time to openly address these issues can we tackle them.”

Being well attended by both women and men from across the industry, the event sparked insightful debates across the panellists and the audience. We would like to thank everyone that attended and supported this event. As a company, Patrick Parsons will continue to highlight and fight for gender equality within the industry.