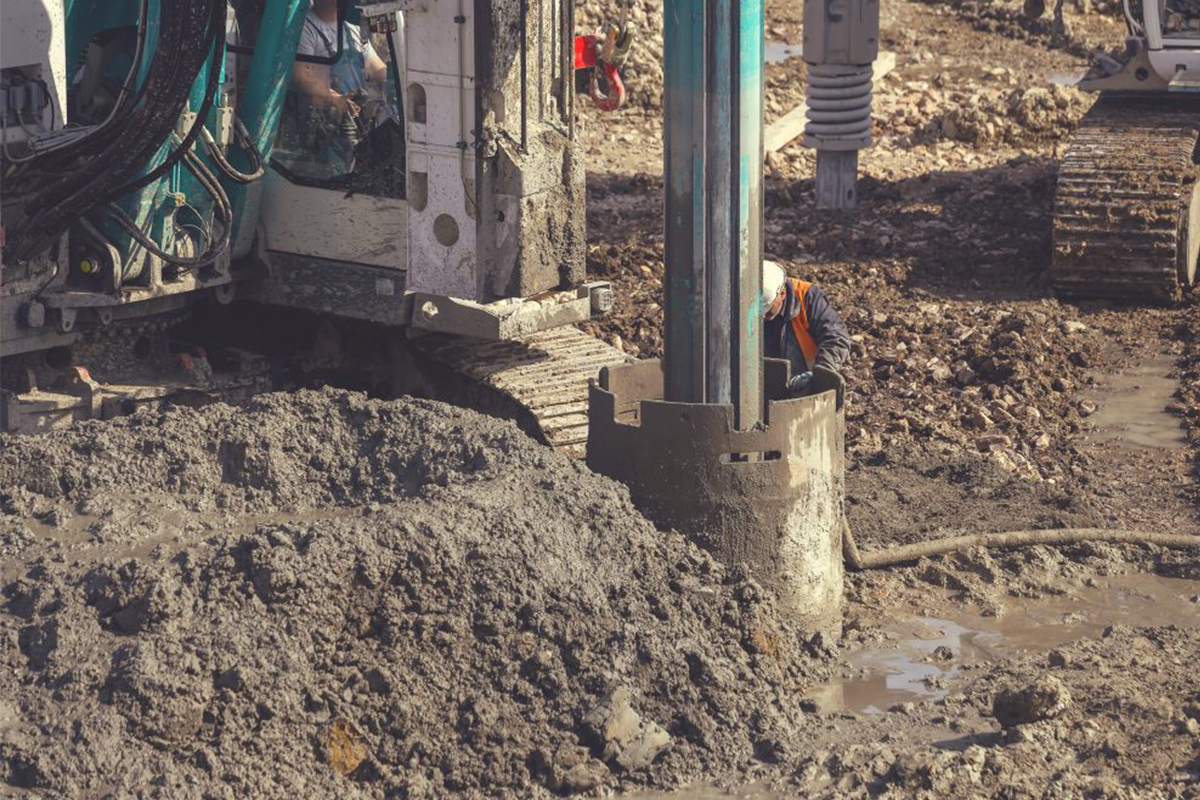 Deep Soil Mixing (DSM) is a ground improvement technique which can be used to enhance the characteristics of weak soil by mechanically mixing them with a cementitious binder. The method was first developed in Japan and as the technology develops, its use for strengthening and sealing weak and permeable ground is slowly gaining acceptance in the UK.

There are two types of DSM including wet and dry soil mixing solutions. When the binder is in powder form, this is referred to as the dry method and when the binder is in slurry form, the method is referred to as the wet method. The choice of application method will be defined by the characteristics of a particular site and the desired performance of the treated soil.

Although the DSM technology is based on simple principles it requires significant expertise in associated planning stages, involving soil-mix and geotechnical design, and execution. It also requires the use of specialised rigs and mixing tools to meet specifications imposed by ongoing quality assessments and performance monitoring procedures.

DSM was successfully used by Patrick Parsons on a project where a proposed road was to be constructed on very soft and highly variable made ground. Insitu testing proved that CBR values of 0% were not uncommon in this material.

Using traditional techniques would have resulted in excavation of in excess of 9000m3 of hazardous waste material for disposal – an estimated 650-700 lorry movements to and from the site. DSM was chosen as a more sustainable, cost-effective and time saving solution. Soil strength CBR values were improved from 0% pre-treatment to >19% post-treatment and works were
completed in 5 weeks, as opposed to a dig and dump method which would have taken 8-12 weeks.

Find out more about our geo-environmental services.