What is Slipform Construction? 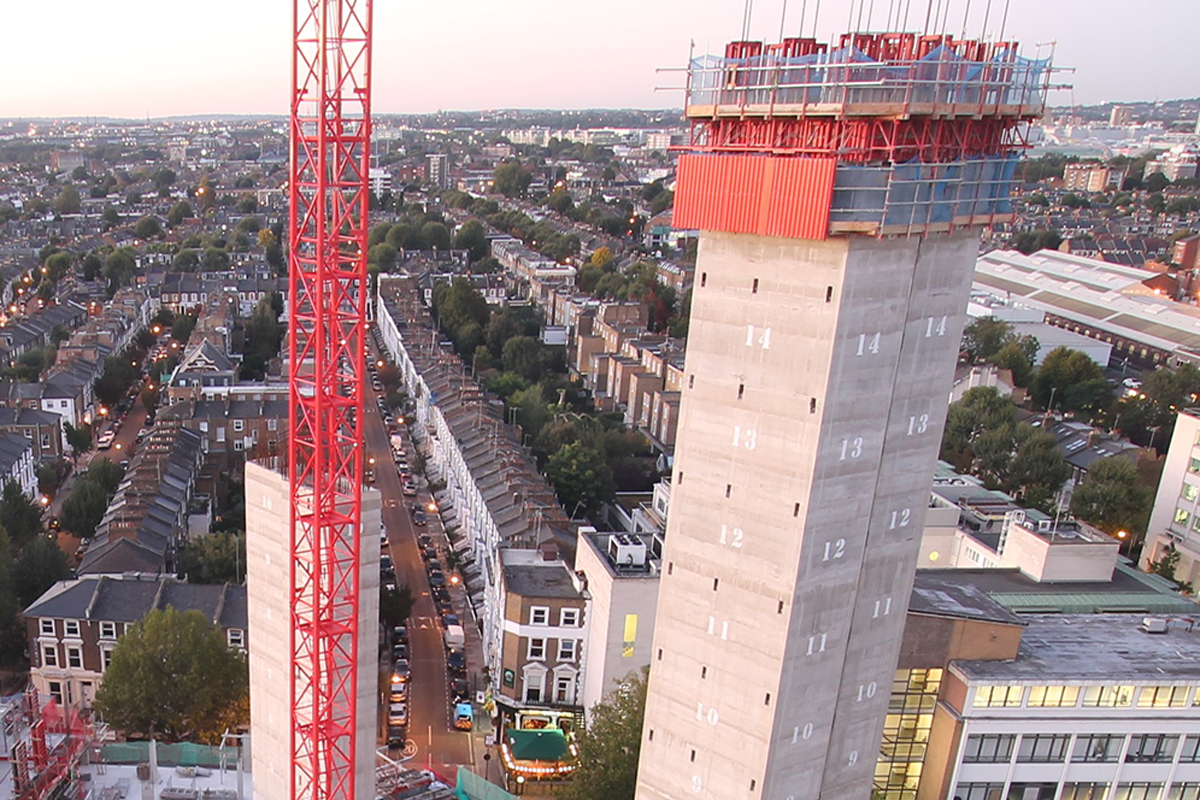 Slipform is a construction method for reinforced concrete walls, generally lift and stair core walls, and is often economical for buildings more than ten storeys in height. Slipform involves the formwork for the walls being raised in a continuous process as the wall concrete is poured. As the slip form rig is raised, it is supported by already cast concrete walls below.

Often the substructure core walls are cast traditionally with slip form commencing from the podium slab level where access may be better for setting up of the slip form rig.

Temporary steel bracing/tie frames are usually required when more than a single core is slip formed with the same rig. e.g. when the stair core and lift cores are not connected other than through the future slabs. The recommended minimum wall thickness for slip formed walls is usually in the order of 300mm based on the detailing requirements for connection of the future slabs if couplers are required.

Reduction of the slip formed wall thickness up the building needs to be considered taking into account costs of adjusting the slipform rig. It is most likely that any saving in wall concrete and reinforcement would be outweighed by the costs of adjusting the slipform rig. For this reason, unless there are advantages architecturally with regards to increased accessible floor space then it would usually be preferable to maintain the same wall thickness for the full height of the slip formed cores.

Slip formed walls are RC detailed differently to traditionally cast wall. Specific requirements such as staggering the level of the laps for vertical bars and how corner reinforcement is detailed needs to be agreed with the slipform contractor to ensure they meet any specific preferences or requirements they have.

For slab to wall connections where an area of slab reinforcement greater than the equivalent of H16@150 is required, then bars with couplers would need to be cast with the slip formed walls. Threaded slab reinforcement would then be detailed to connect to the couplers. (see diagram below)

Where the slab to wall reinforcement is equivalent to H16@150 or less, then continuity strips such as Kwikastrip or Eazistrip can be cast with the walls. Due to the risk and consequences of site error, it is usually recommended to use the same, greater size continuity strip for all continuity strip connections.

For more information regarding this subject, please contact us.