Unexploded Ordnance – is your site at risk? 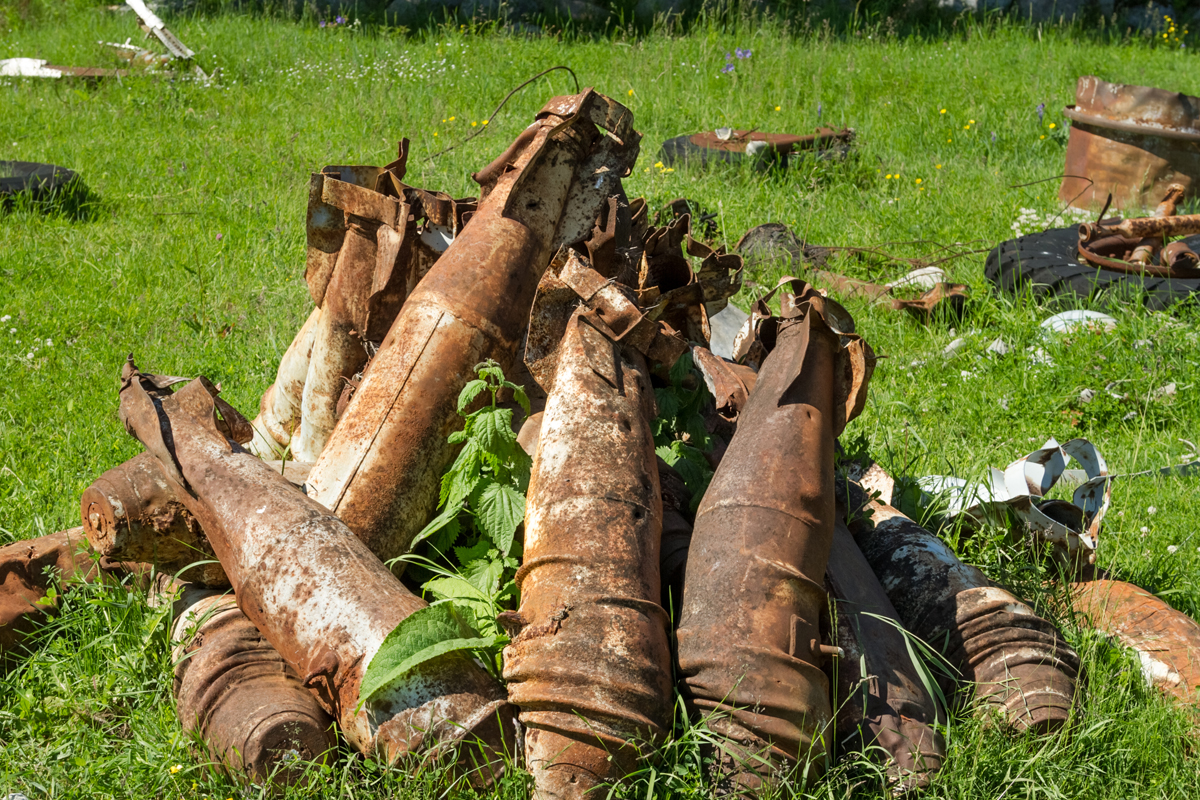 During WWII, 30,000 tonnes of bombs were dropped on Britain. Combined with munitions from WWI and Ministry of Defence firing ranges, the chance of encountering Unexploded Ordnance (UXO) must be a consideration during development.

Guidance released by CIRIA in 2009 estimated that 15,000 items ranging from unexploded bombs, grenades and small mortar rounds were unearthed on UK construction sites between 2006 and 2008. The Aston expressway in Birmingham was closed last year for a time and nearby houses evacuated after the discovery of a bomb containing 132kg of high explosive.

In February 2018, London City Airport was closed due to the discovery of a WWII bomb in the Thames. These events have a major impact on Health and Safety, project costs and programme and therefore need a structured risk-based approach.

There are a few myths and misunderstandings in the construction industry when it comes to UXO. One common thought is that if a site was built on during the war and the buildings survived the blitz, then the risk of UXO is very low. Unfortunately, this is not the case, as dropped bombs generally hit the ground at an angle and veered off towards the horizontal, hence they often ended up underneath structures adjacent to the point of impact.

Another common misconception is that UXO can always be detected from ground level with geophysics. In some circumstances bombs penetrated to significant depths, commonly in soft ground near rivers, and piled foundations need to be cleared using down hole geophysics. Patrick Parsons can estimate bomb penetration depths with reference to geological records and advise on the best course of action.

Patrick Parsons have a wealth of experience in dealing with these sites. UXO is considered within a Phase I study where UXO and bomb risk maps are consulted, particularly for the heavily targeted areas during WWII (London, Liverpool, Manchester, Glasgow, etc). If deemed too at risk, we would then consultant with specialist organisations to arrange further information to be gathered and a risk management strategy would be drafted. This often involves specialist personal involvement in site works, to continuously monitor excavation practices and utilise non-intrusive surveying techniques to detect UXO underground. Having clarity in the approach makes for a safe and cost-effective project.

Find out more about our geo-environmental services.