A major site investigation was undertaken of the 26ha site, near Chesterfield in Derbyshire to support planning for a major residential development.

The site is intended for residential development of over 400 units, with improved leisure facilities around the canal, and the creation of new employment/land opportunities with a new spine road linking the site to the M1 corridor. The site had former bell pits, coal mine shafts, numerous buried structures and shallow coal workings.

Contamination encountered across the site included sporadic dispersed asbestos fibres. Coal tar was also encountered in an isolated area of the site and the made ground was found to contain significant concentrations of metals and poly-aromatic hydrocarbons (PAHs) throughout.

Following the site investigation and input into an EIA, our geoenvironmental and civil teams collaborated to undertake a Ground Engineering Feasibility Study. Three options were examined for remodelling the site and a solution was advised that would minimise the movement of materials and distribution of the ground to minimise future abnormal engineering costs during the development phase. Cut and fill options ranging from 1 to 3.4 million m3 were examined, along with the environmental cost benefits of each. 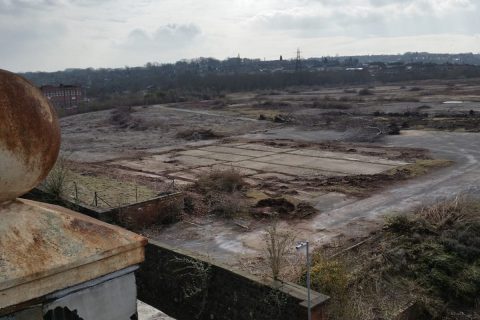