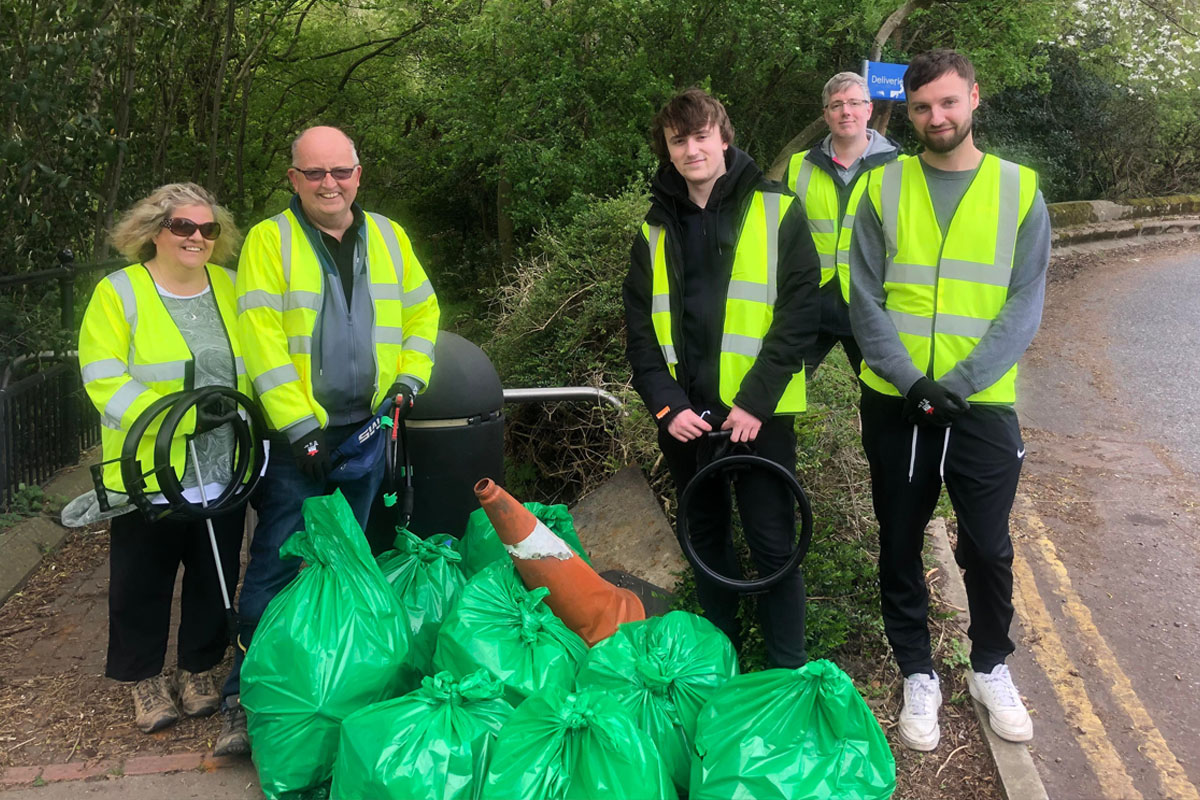 Over the last few months Patrick Parsons has had the pleasure of supporting Stormwater Shepherds, the charity committed to stopping plastic and urban pollution at the source, on litter picks across the country. So far this year, we have participated in litter picks in both Jesmond, Newcastle and Leatherhead, Surrey.

The litter pick in Jesmond Dene, was also supported by Urban Green Newcastle & Tyne Rivers Trust with participants from the Friends of Jesmond Dene and a number of staff from our team. A huge pile of waste was collected, with the majority of the rubbish being plastic & glass bottles and drinks cans.

Jane Crawley, Bid Manager at Patrick Parsons, was in attendance and she said: “ I enjoyed the lovely sunny Saturday morning helping out the local community at Jesmond Dene Park. Thanks to Stormwater Shepherds for having me along, it’s really important that we all pitch in to take care of our community. Can’t wait for next time”.

Organised by our apprentices Harry Saffin & Ben McHugh, the litter pick in Leatherhead was carried out by the team in Ash Vale. Taking place on the Rye behind the Tesco supermarket, they gathered a very large amount of rubbish from the surrounding area and in the waterway.

Ben spent 2 hours taking part in the litter pick, he said: “We managed to collect seven to eight bags of litter with everything from your typical bottles and plastic waste to some toys such as ‘hungry hungry hippos’ and a robotic dog. While I’ve never personally been to Leatherhead, I know Harry has lived there before so to help him give back to the surrounding community it doesn’t hurt to try cleaning up the local river. The state of the river still isn’t great, as I can imagine the water was clear many years ago. But all the litter we collected will hopefully improve the environment in that area and encourage more people to join their local litter picks.”

Patrick Parsons are committed to supporting local communities and having a positive impact on the environment and will continue to champion Stormwater Shepherds and their initiatives.